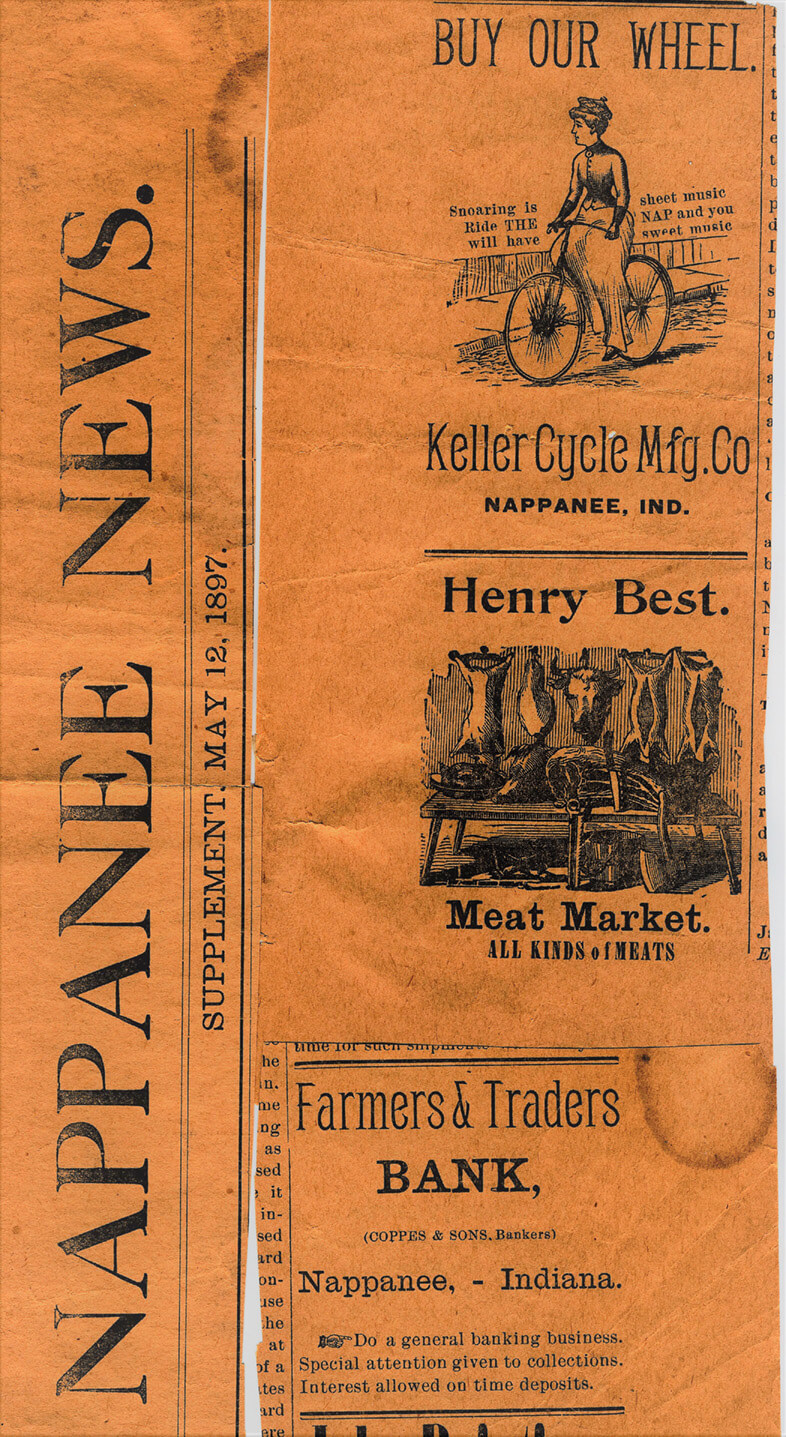 Today we are looking at a portion of the Nappanee News from May 12, 1897 that I found in a box of paper goods from an auction. Someone had cut the paper up already, so don’t blame that on me. There are a couple interesting advertisements here. First is the Keller Cycle Mfg. Co. from Nappanee. BUY OUR WHEEL is the title of the ad. At this time the term “wheel” was the common word for Bicycle, either a high wheeler or a two-wheel model. A cut of a lady riding the “NAP” bicycle illustrates that it is easy for everyone to ride, and how much good fun riding will be.  In smaller print the extra lines are “ Snoaring is sheet music – Ride THE NAP and you – will have sweet music”. Interpret that however you want.

The picture below, from the Nappanee Heritage Center collection, is of the workman in front of the Coppes Planning mill and box factory taken around 1890. In front of the group of men is a boy, likely a Coppes youngster, standing next to a Bicycle that looks like a NAP Bicycle. On closer inspection there are actually two bicycles in the picture (one behind the other) one of the workmen appears to be holding the rear bicycle upright. Is the youngster standing there the owner of the bicycle? 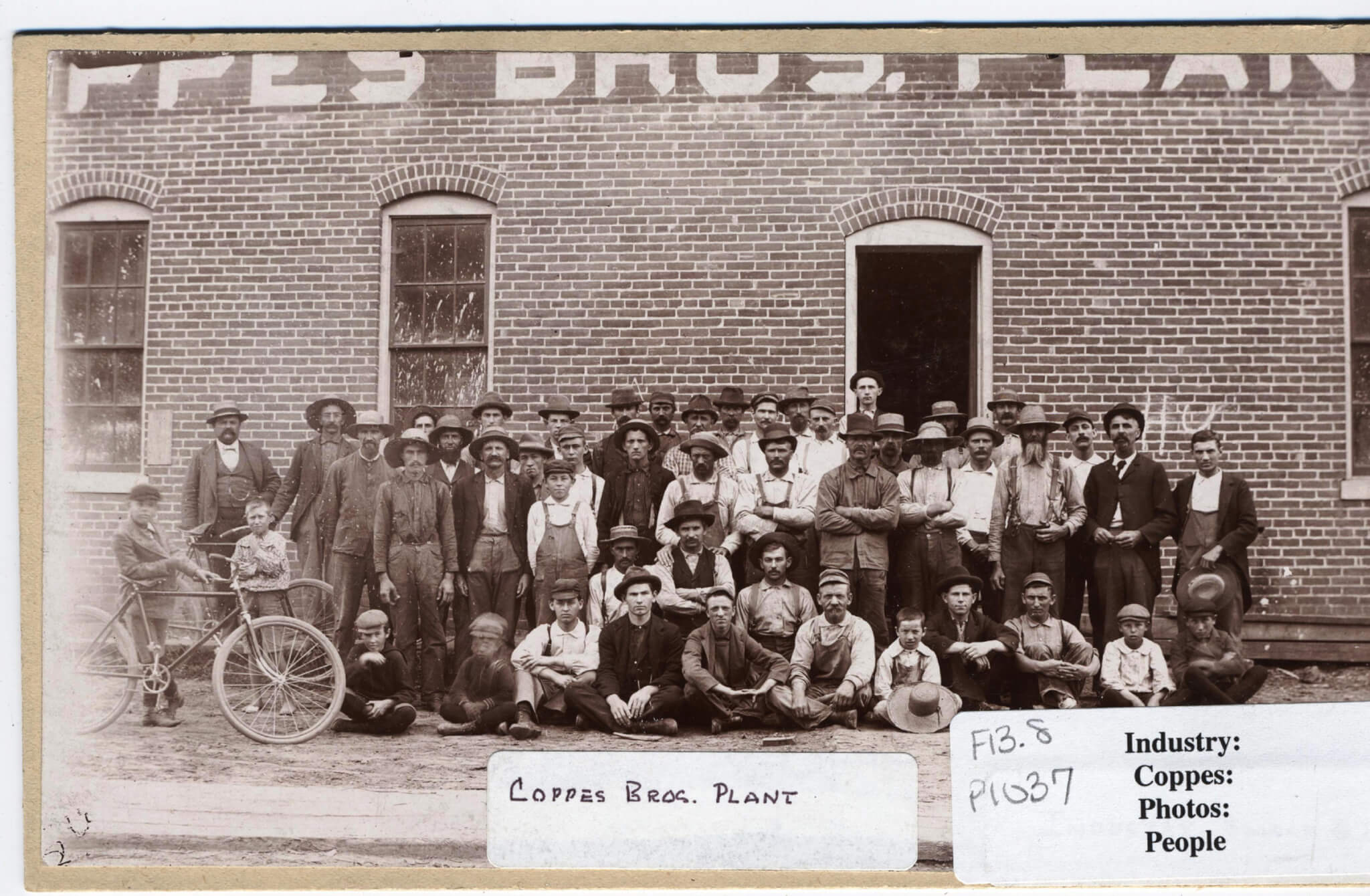 This youngster had to be a member of the Coppes family, as the workmen would not have let just any city boy crowd into their picture. John Coppes’s eldest son, Marvin, was born in 1881, and Irvin was born in 1883. Frank Coppes’s eldest son Harold was born in 1885, and Claude was born in 1889. So, who do you think he is? Also notice that there are a few children sitting for the picture. Were these children of the workmen or were they actual employees of the factory? The youngster with the Bicycle is dressed so much better than the other children.  I’m just full of questions! Do you think the two gentlemen standing on the right end could be John and Frank Coppes? And who is the well dressed man on the left end?

The other advertisements are for Henry Best Meat Market and the Farmers & Traders Bank. This was the bank owned by Samuel Coppes and Sons. Read more about the story of the Coppes factories on our History Page.

If you have any information or clues on the people pictured or the topics we’ve covered here, we’d love to hear from you! Just leave a comment on this post, or send an email to bill@coppescommons.com.