Hello everyone, hope you had a pleasant holiday with family and friends. I know I ate too much, but that is over with and it is back to work. Today’s Bill’s History Corner incorporates some local history – if you consider South Bend and Elkhart local. I think that I have told you that Coppes and Zook Co. sold their Napanee Dutch Kitchenets through existing stores. Any store with enough floor space was fair game to host a Coppes Kitchenet sale. Coppes’ over-the-road salesmen were looking for areas that had families and a store with floor space. Coppes & Zook supplied almost everything else. They provided newspaper advertising copy for the stores to use as well as measuring cups or other items as favors to give to everyone that came to the store to just look at the Dutch Kitchenets. Coppes & Zook also provided tin signs that could be fastened to trees, and the 5 foot stand up Dutch Girl was sent to stores for additional advertising.  A salesman, familiar with the Dutch Kitchenet, was also sent to the store acting as an additional salesman during the 3-5-day sale of Dutch Kitchenets. 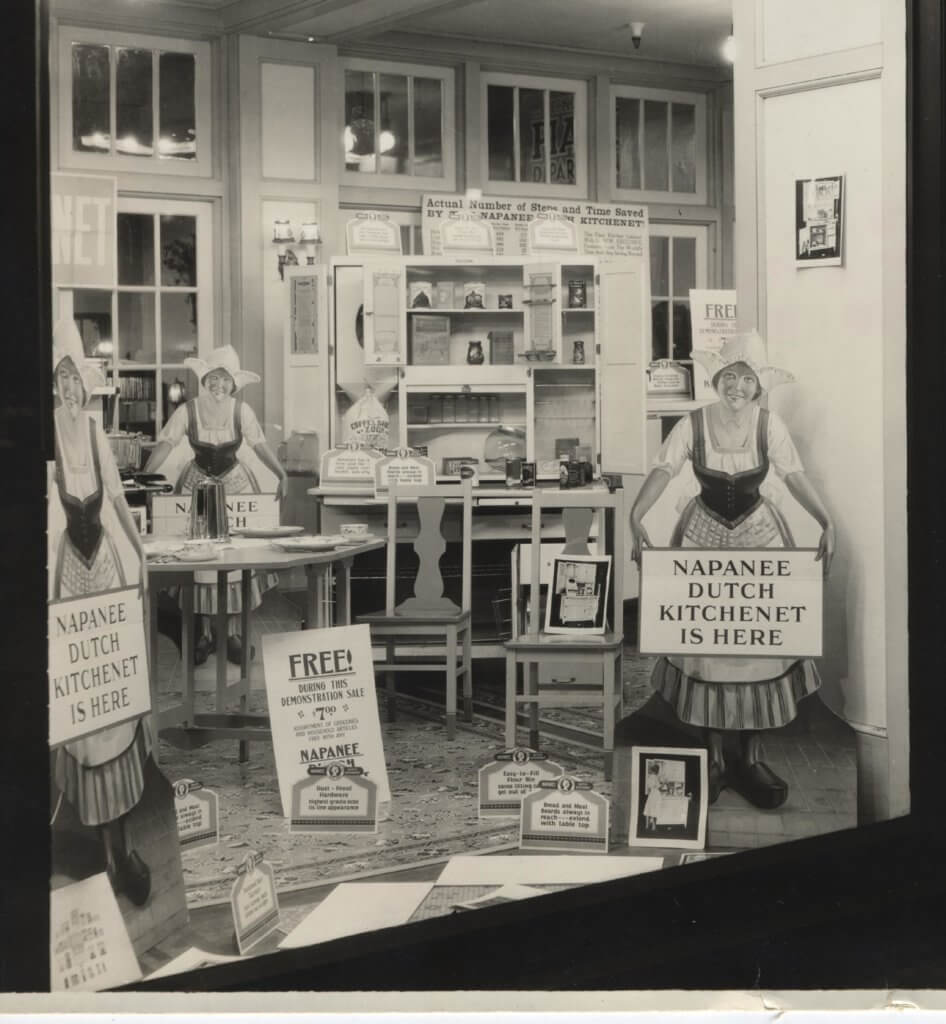 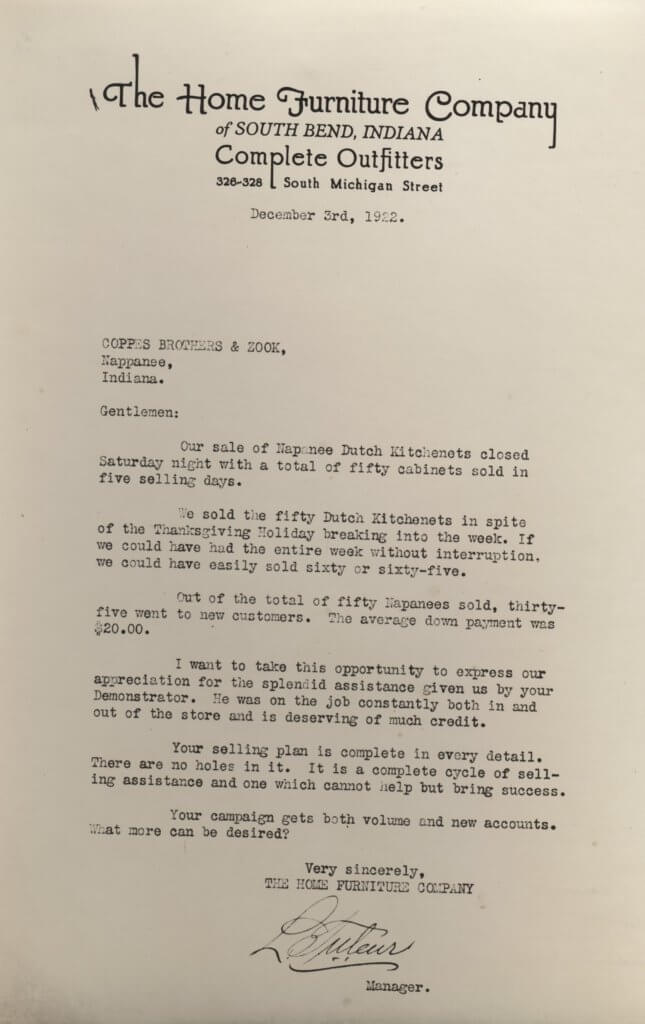 The other letter is from the Chas. S. Drake Co. of Elkhart. The Drake Co. sold 52 Kitchenets in one day, and maybe could have sold additional cabinets if they had more on hand. Both letters point out how important the “Demonstrator” was to the success of the sale. The Home Furniture & The Chas Drake letters are but two of the many letters. Another letter from Steinkamp’s Furniture in Cincinnati, Ohio, informs us that during their January 1923 Kitchenet sale, which closed on Jan 31th (I guess the sale ran for the whole month), they sold 295 cabinets. Wow, that is at least 5 train car loads of cabinets. 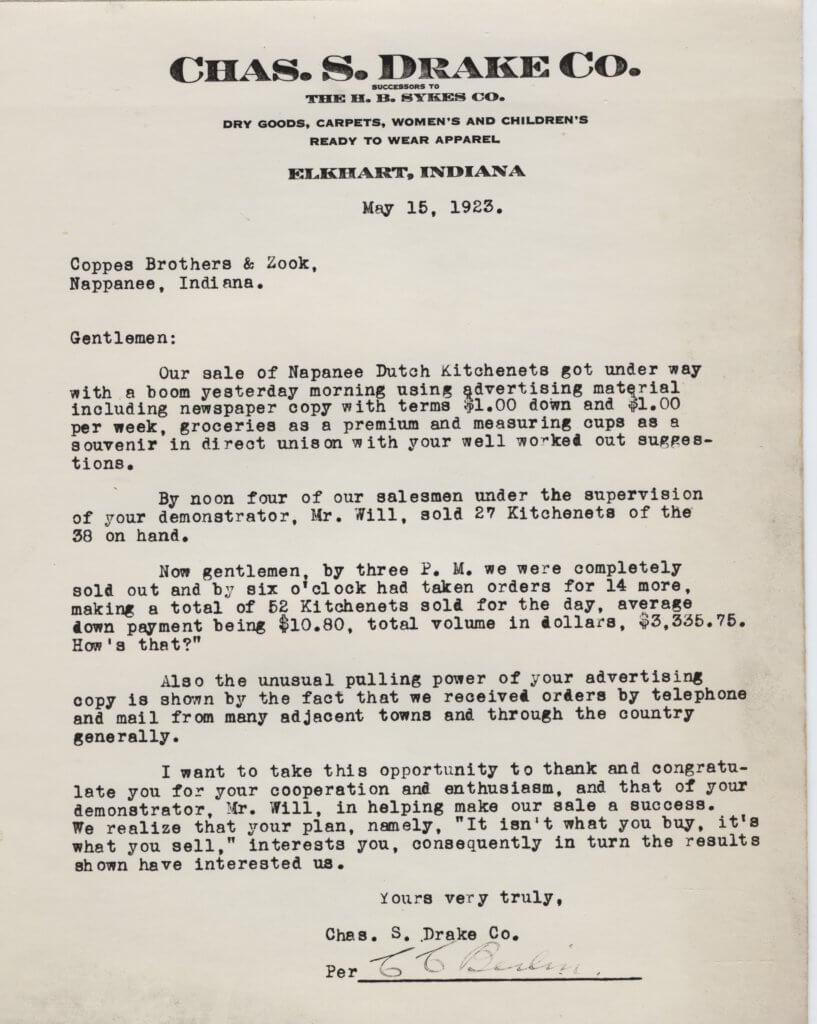 Add to this cabinet sales concept the additional plan of One Dollar Down, one Dollar a Week, which kept customers returning to the stores to purchase other merchandise. You can easily understand why stores all across the country were eager to have a Coppes Dutch Kitchenet Sale in their store.