For this week’s History Corner, we are looking at three early pictures of South Main Street. The first photo is dated 1915. The street had been paved with brick just five years earlier in 1909-10. The first block between Market St. and Lincoln St. was filled with businesses. There were two banks, Hartman’s department store, and drug stores, etc. The block was full of buildings, several having second-floor offices above the 1st-floor business. At the Southeast Corner of Lincoln St. and S. Main was the Nappanee Carriage Company building, an imposing 3-story brick building with the city water tower and power station behind. On South are a grain mill and the railroad tracks. 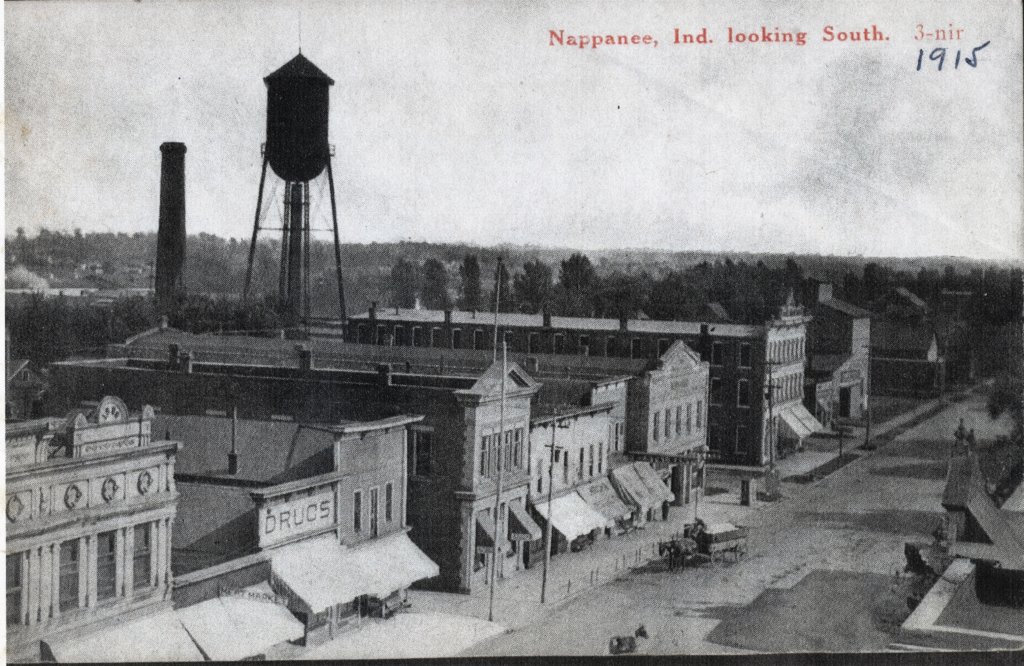 The long building shadows that show up on the street tells me this picture was taken late in the afternoon when there was very little traffic on the street. I only see one horse and wagon with a load of what looks like grain. Also notice the window awnings on most of the east side buildings. It appears that there are trees with leaves in the background so this may have been during the summer or early fall months. Do you see the thing that looks like a gas pump? Well that is what it is.

Photograph number two doesn’t look like the same street. So many buggies, wagons, sledges, hardly a parking place left. Looks really cold with ice on the streets and people in heavy coats. Were the people in town for Christmas shopping or was this a typical busy Winter Saturday? Wouldn’t it have been great if someone had written the date on this picture? 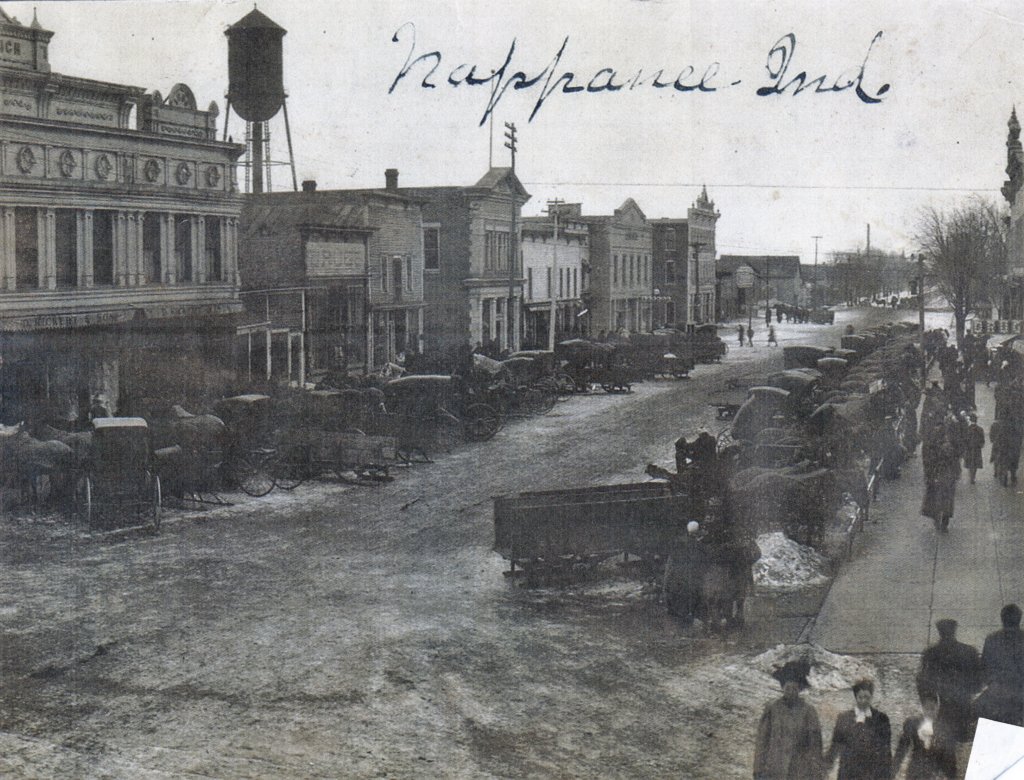 Photograph number three is labeled ONION DAY NAPPANEE. This is also South Main Street, south of Lincoln Street, see the train cars in the distance. For those of you that don’t remember, early Nappanee agriculture involved growing lots and lots of vegetables. The Nappanee Produce Co. is the building on the left side of the picture. Seems the soil around Nappanee was great for growing vegetables. To help celebrate the prosperity that Nappanee was experiencing Nappanee held a festival/carnival that was called ONION DAYS. Onion days happened for several years, approx. from 1909 to 1913. We do not know which year this picture was taken. Look at the people, Ladies and young girls decked out in white dresses, most of the men in shirtsleeves some with coats. Wonder which Month of the year it was? Looks like we could say a “good time was had by all”. 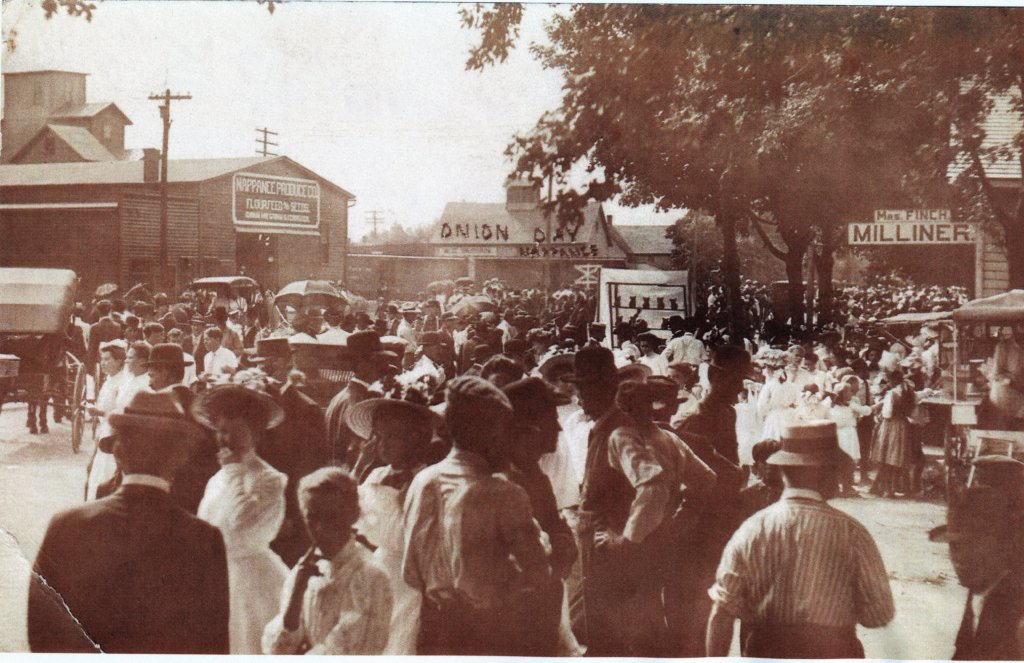