I found this picture at the Nappanee Library’s Heritage Room several years ago. At the time, I wasn’t sure if I could ever use it is a meaningful way. Then the History Corner started, and several pictures I collected have gotten a new lease on life. 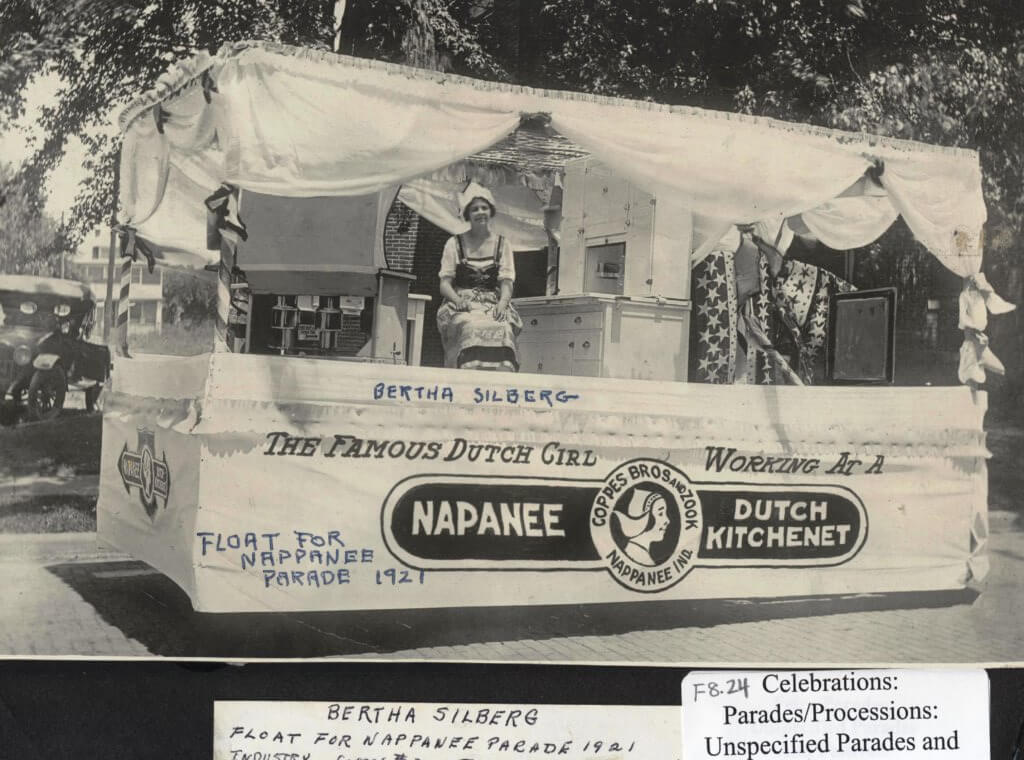 This is a float for a 1921 Nappanee parade.  It is likely a 4th of July parade because of the bunting on the float, but there is no other indication of which parade it may have been. Someone had the foresight to write some information on the picture. Bertha Silberg is playing the role of the “Dutch Girl.” In 1921, the Coppes & Zook Company was producing thousands of the “Hoosier” cabinets every year. The 20’s was the peak production years for the Coppes & Zook Company’s Napanee Line of kitchen cabinets. We have one order ledger from 1924-25. This is the only company ledger we have in the collection that lists the number of cabinets sold and who (which store) purchased them. We found this ledger in the large piles of trash left behind in the old parts of the factory. We may never know where the other ledgers went, but we sure would like to find them.