Welcome to another Bill’s History Corner. Today I want to show several pictures and talk briefly about a famous building that was a Nappanee and Northern Indiana landmark for many years. I’m referring to the Coppes Hotel, opened for business in Jan. 1892 and removed in 1965. 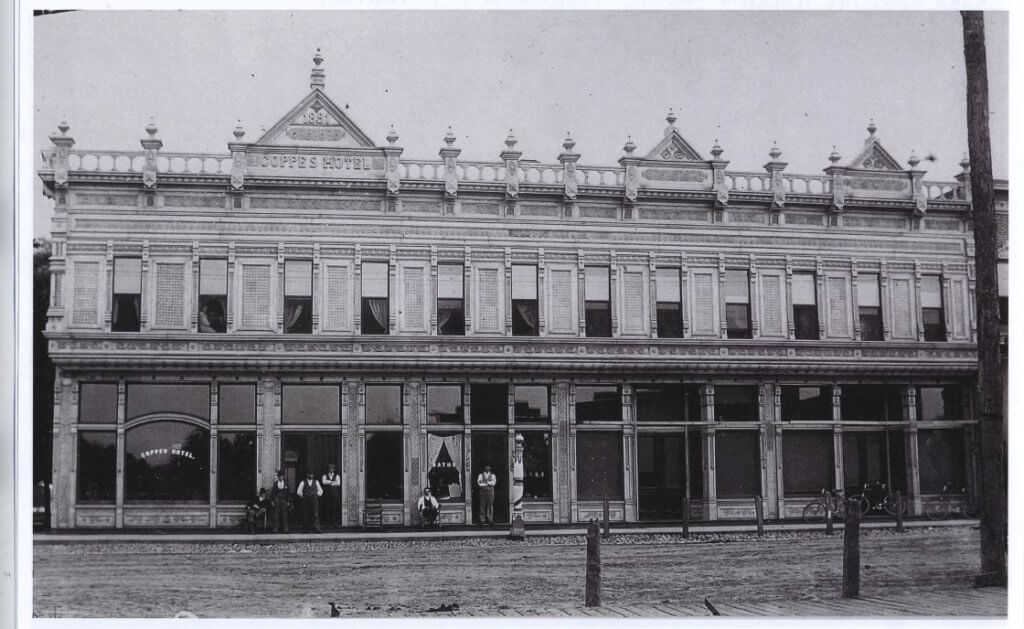 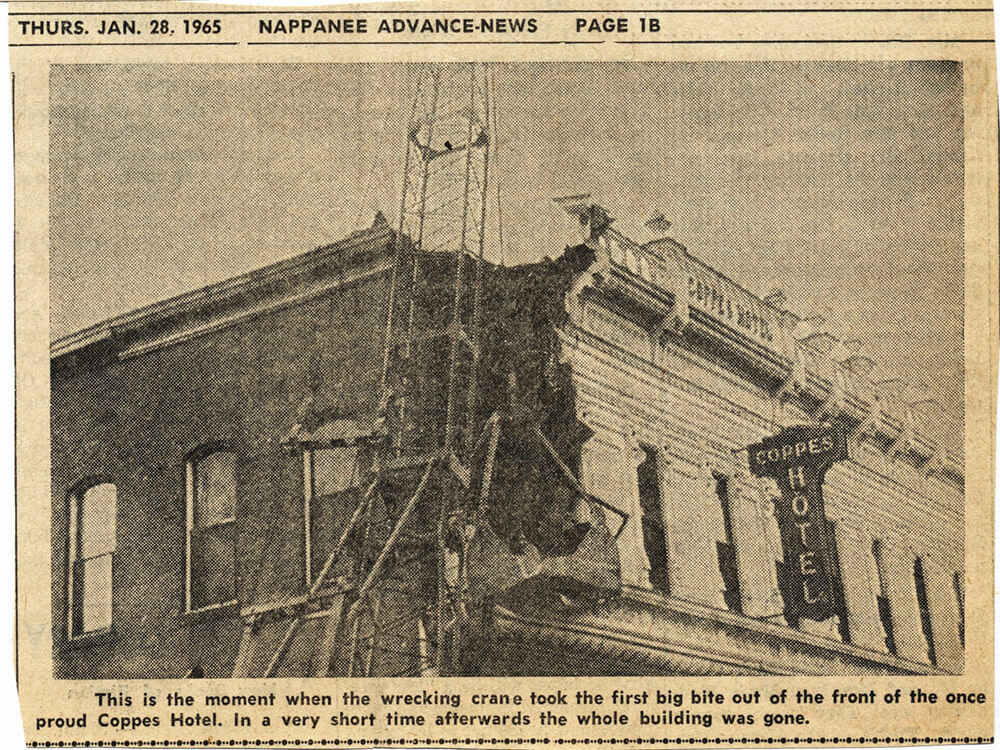 The location of this building was on East Market Street, where the Key Bank is now located. 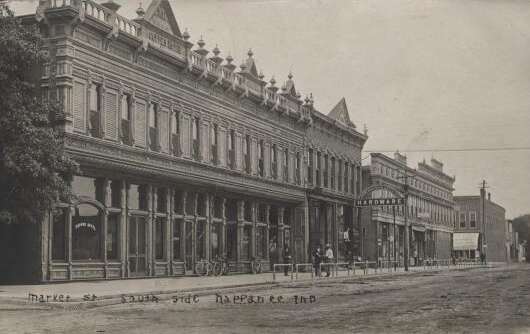 The Coppes Hotel was constructed by Samuel Coppes, the older brother of John & Frank Coppes. For several years the three brothers were in business together as the Coppes Bros. Company, operating their sawmill, retail & wholesale lumber sales, flour mill, and the box factory. In approx. 1890, Samuel left the Coppes Bros. Co. and, with his son Harvey, purchased the Farmers and Traders Bank in Nappanee. Soon after they let it be known that a new hotel was in the works.

The Coppes Hotel Had rooms on the 2nd floor, a reception area and meeting rooms on the 1st floor. There was also a “lunch Room” where many cups of coffee and fresh pastries were enjoyed.