Today we are looking at a picture of workmen lined up to receive their pay packet in front of the Green (painted green) office building at the Coppes, Zook & Mutschler Co. Nappanee, IN. As you can see, the photo has “PAY DAY, C.Z.M. Co. Nap.” Written on the lower right corner. 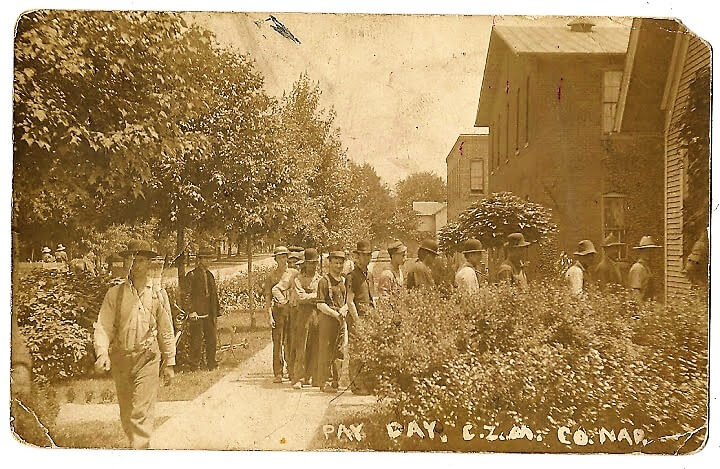 The office building was constructed in 1898, several years before the partnership started. This picture got me thinking about other photos we may have of the office building. At the end of this history corner you will find other pictures of the Coppes Bros. & Zook office. Enjoy.

Two things about the photo help date it. First the “C.Z.M. Co.” which stands for Coppes, Zook & Mutschler Co.: the partnership between John & Frank Coppes, Dan Zook and his son Harold Zook and Albert and Charles Mutschler that lasted roughly from 1903 through 1913. On Nov. 15, 1912, Dan Zook died and the C, Z & M Co. partnership split up, with Albert and Charles returning to the buildings that were originally the Nappanee Furniture Company (now Mutschler complex). Harold Zook continued to be associated with the Coppes Bros. with the new 1913 name becoming Coppes Bros. & Zook, the same name as before the partnership but now with Harold instead of this father Dan Zook as the associate. Most likely the partnership split was as friendly as it could be. These men were related to each other, and they knew they would be running into each other often in the small town of Nappanee. Also, they were smart men and knew that a good business relationship would be good for both companies.
Charles Mutschler was married to John & Frank’s niece Della. Della was Samuel Coppes’ daughter. Harold Zook was the stepson of Elizabeth Yarian. the daughter of John & Frank’s older sister Eliza & husband Benjamin Yarian. After the death of Daniel Zook’s first wife, Elizabeth became the 2nd wife of Dan Zook in Nov. 1885.

You should pay particular notice to all the trees and other plantings in the picture. The C, Z & M Co. was responsible for the beautification of Market Street. The company hired landscape architects (1908-09) to design the plantings in front of the factory and the majority of the street. The three principal members of the company had houses along East Market St. so it was for their benefit the most.

The other important item in this photo that helps date when the picture was taken is the large building behind the closest brick building. The first building in the photo is the 1884 “Coppes Bros. Planning Mill & Box Factory”. The rear building in the photo is the building that was constructed to provide workspace to build the furniture line that was promoted by the new partnership (bedroom sets, dressers. Commodes, etc.). The modern showroom, the stables & wagon garages, and the infill building between buildings A & B was not constructed at this time. This rear building was named “Building B” and was constructed in 1902-03. With all those factors in mind, I would date this “pay-day” picture 1913-15. I like the style of dress then, where everyone seems to need to wear a hat of some kind.

Here are five other pictures of the office building for you to compare. 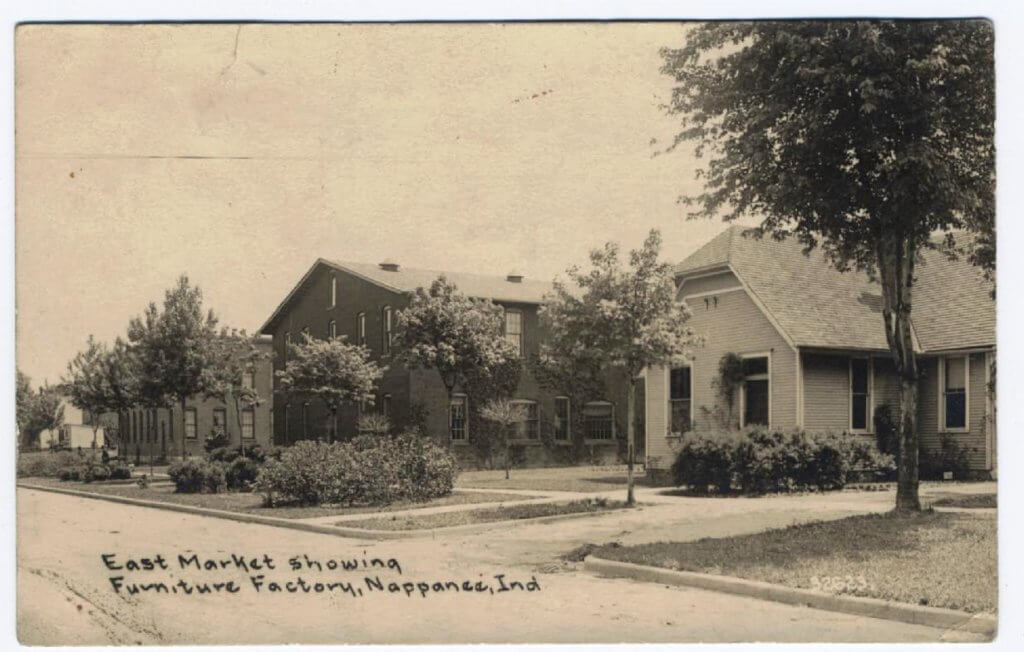 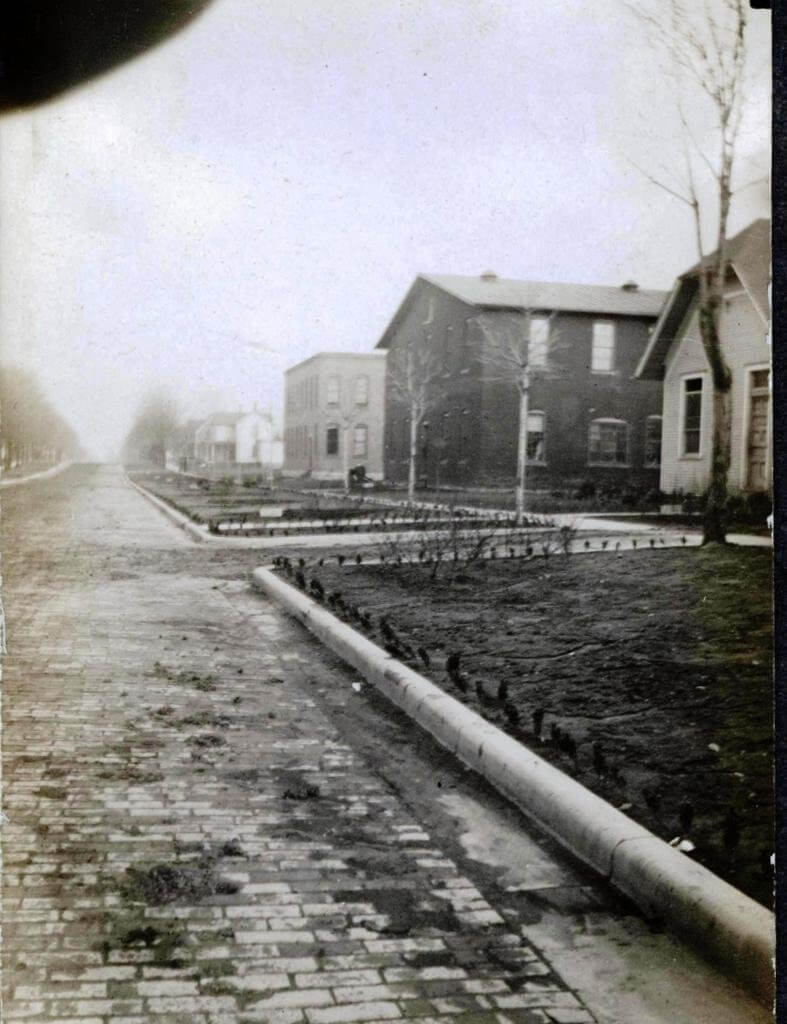 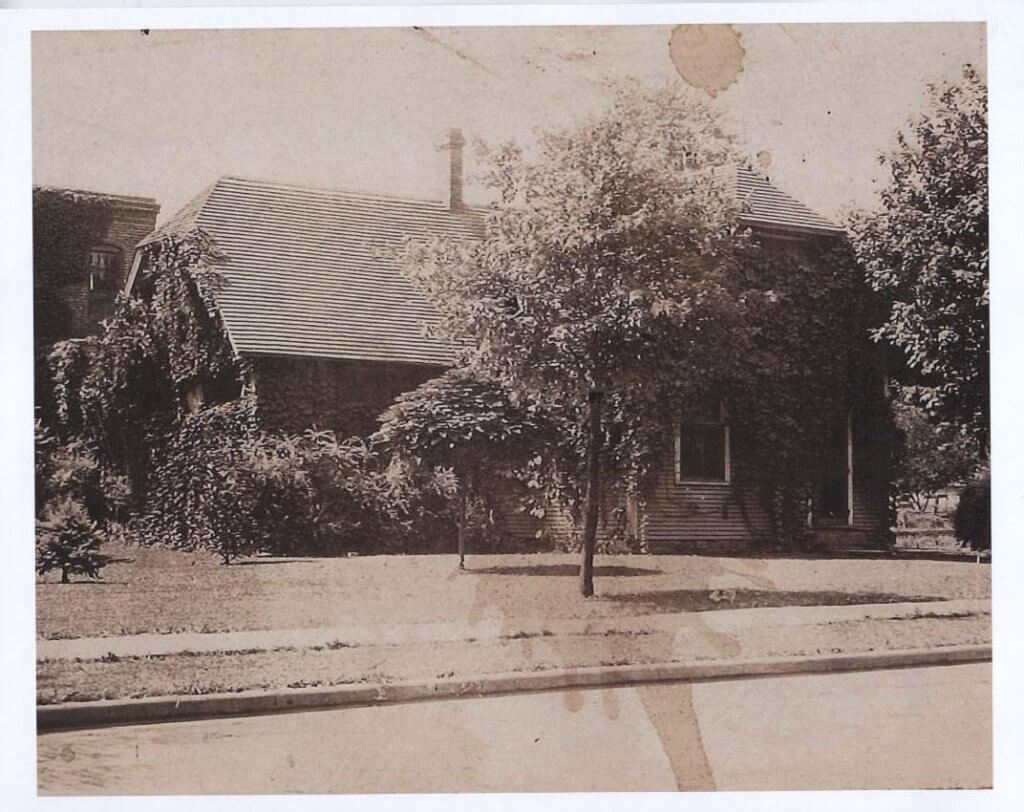 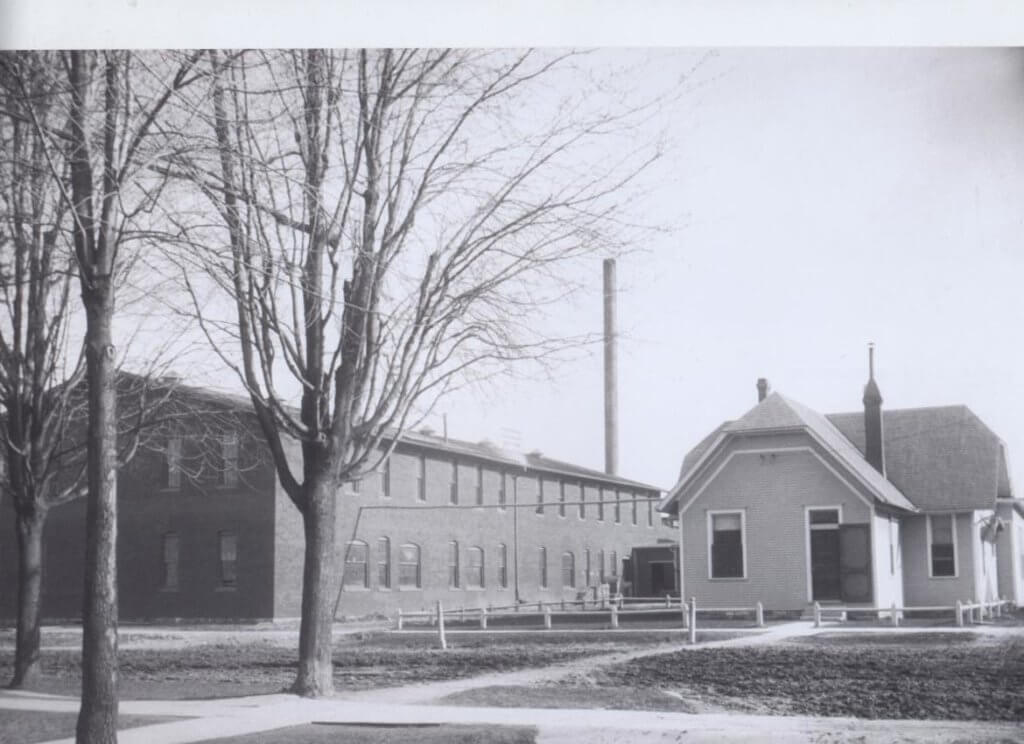